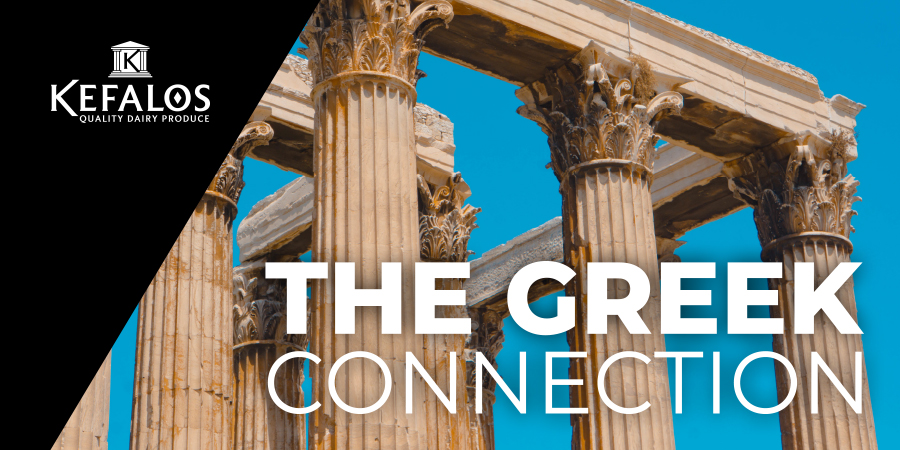 Have you ever wondered where the name Kefalos comes from and why this proudly Zimbabwean company produces several delicious dairy products originally cherished in many traditional Greek kitchens?

The story of Kefalos starts with Athanasios Milionis who lived on the beautiful island of Kefalonia, the largest of the seven Ionian islands in western Greece. In 1967, Greece experienced a change of power that marked the beginning of a period of unrest. Athanasios decided to seek a better future and emigrated to Africa with his wife and young son. They first arrived in Zambia and in 1971 they settled in Zimbabwe where Athanasios worked in a coffee shop during the evenings and tended to his passion of cheesemaking during the day. In 1975 he moved to Chinhoyi (then Sinoia) where he bought a cheese factory in the industrial area of town. This factory was named Kefalos a few years later – inspired by his home island, Kefalonia.

The story of Kefalos does not stop there and many more wonderful things developed since the early days of Kefalos. One thing that does remain is the heritage of delicious Greek inspired cheeses and yoghurt still to be enjoyed in Zimbabwe and southern Africa to this day. Kefalos Greek style feta is a favourite in salads while haloumi is delicious fried and served as a starter or a side dish. Kefalotiri is one of Kefalos’ signature cheeses which Athanasios mastered while he was still a young man on the island of Kefalonia. It is a hard cheese, similar to parmesan and makes the perfect topping to any pasta dish. Kefalos’ Greek heritage is also eloquently expressed in the Greek style yoghurt – a healthy yoghurt made using a traditional recipe that any Greek housewife would guard with her life. Kefalos Greek style yoghurt is perfect for a wholesome breakfast with honey and nuts but also shines as the main ingredient to savoury dishes such as tzatziki.

With a heritage that started in the simplicity and wholesomeness so typical to Greek island life, all Kefalos products are based on home-made recipes, guaranteeing a consistent, top-quality, and extraordinary taste experience that supports a healthy lifestyle.